In 2006, Dean Potter made the first ever free solo ascent of Ron Kauk's amazing route Heaven (5.12d/5.13a) on Glacier Point Apron in Yosemite, an 40-foot overhanging crack that starts over 2,500 feet above the Yosemite Valley floor. Heaven was first freed by Ron Kauk in the mid-90s. Other notable Potter free-solos include Separate Reality (5.11d/12a), Astroman (5.11c), and Dog's Roof (5.12b). Dean Potter is the only person to free climb Yosemite's Half Dome and El Cap in a single day. In Patagonia, he made the first ever free solo of the Supercanaleta on Fitz Roy, followed with the Compressor Route on Cerro Torre, becoming the first to solo both peaks.

Dean meint auf seiner Facebooks Seite dazu "A few days ago, I was brought back to a freesolo climb I did in Yosemite near the top of the Glacier Point Apron back in 2006 called Heaven when I saw my friend Alex Honnold featured in a Squarespace TV commercial. The imagery created by my friends Jimmy Chin and Rob Frost was stunning, flawless, beyond real, almost heavenly, like it came out of a fairytale. Though everything I was seeing was for sure real, as I watched, I kind of forgot that if Alex fell he would die. This contrasted with how I felt over eight years ago when I ground chalk into my palms, meticulously inserted my paws into the first hand jams…and bet everything I had that I’d make it." (mehr). 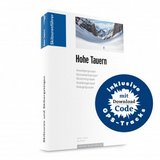