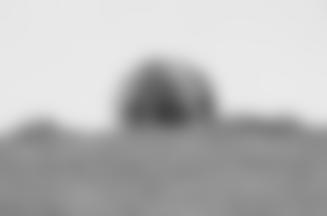 Several people criticized me for participating in the Piolet d’Or ceremony this year. None of them were in Grenoble.

Joining this circus gave me the opportunity to present my opinion about the award publicly. Time will tell if doing so was a mistake.

I don’t believe in awards for alpinism, much less trophies or titles presented by the public or the media. At the ceremony I could see and feel the competitive spirit created and fueled by the event’s organizers. Most of the climbers readily accepted this mood without understanding that they had been pushed into an arena where spectators thrive on drama, where winner and loser are judged. It is not possible to judge another person’s climb objectively: each ascent contains untold stories, influenced by expectations and illusions that develop long before setting foot on the mountain. In alpinism, even the most personal judgments are extremely subjective. When we return from the mountains we remember moments differently than they were – there and then – in the moment when we had to make decisions under the pressure of many factors.

Comparing different climbs is not possible without some kind of personal involvement and even then it is difficult. Last year I climbed in Alaska, Patagonia and Tibet. I cannot decide which expedition was the most ... the “most what” in fact? To illustrate this I asked (during the first part of ceremony) the father of several children to decide which is the most-best and which one is the worst? He could not answer.

I might choose which wine, food, song, book or movie I like the most, in a certain moment but a jury cannot decide which is the best, worst or most for everyone in one year. If a jury does choose a single winner it automatically implies a loser, which is the essence of competition. And first place means there is a second, third and last place. Is the last place truly less-worse, or were the winners simply more adept at the manipulation game? Did they exaggerate the “beauty” of their ascent more effectively, and market themselves better to the jury?

The idea of inspirational gatherings of climbers is positive however I cannot support the absurd idea of those same climbers “competing” at alpinism. At the Piolet d’Or ceremony I spoke against this competition. I said the trophy is not important to me because the choice of a winner is subjective, like singing and beauty contests, and commercial influence on the event is obvious and definite. My broken English prevented me from being clear.

But the story of the Piolet d’Or makes it clear that comparing climbs (and the protagonists and their ideals) is nonsense, much less doing so for one calendar year. If comparison is impossible what are the media and sponsors presenting and promoting, and why? For increased sales, or for FAME maybe?

In Slovenia fame has the same word as a woman's name: »Slava«. Old people used to say: »Slava je kurba« (Fame is a bitch), one day she is sleeping with one and the next day with another. Fame is a cheap trap set by the media in which the complacent are quickly caught and exploited, realizing too late that trust and honor do not live in the same house as notoriety. The public doesn’t truly care about climbers, who are links in an incestuous chain binding sick hunger for attention to media that promote or criticize according to their interests. The Piolet d’Or show organizers know and count on the cruel fact that they will always find plenty of desperate, passionate gladiators and clowns to role-play in the fame game. The more interesting question is whether it is Reality Show or Soap Opera?

If the romantic idea of the Piolet d’Or will survive in the future it must evolve into a simple gathering where climbers can exchange ideas, and share their dreams, illusions, and realities. Perhaps they might even climb together – with no one cast as winner or loser. If this is not possible then I ask the media and the promoters to stop forcing the competitive spirit into alpinism, and to start respecting the alpinists, their human differences and the creative ideas that make alpinism a complicated and rewarding experience.

I apologize if I have offended anyone who is addicted to Miss Fame; she gets around so watch out for STDs. And finally, alpinists are bullets, and the media is a rifle.

Where is the target? 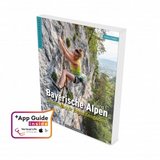